Geoffrey Preston is one of the UK’s leading architectural sculptors, specialising in decorative plaster and in particular the art of stucco. His work on the restoration of the Great Drawing Room at Great Fulford in Devon has been commended in the 2013 Georgian Group Architectural Awards for the Restoration of a Georgian Interior. 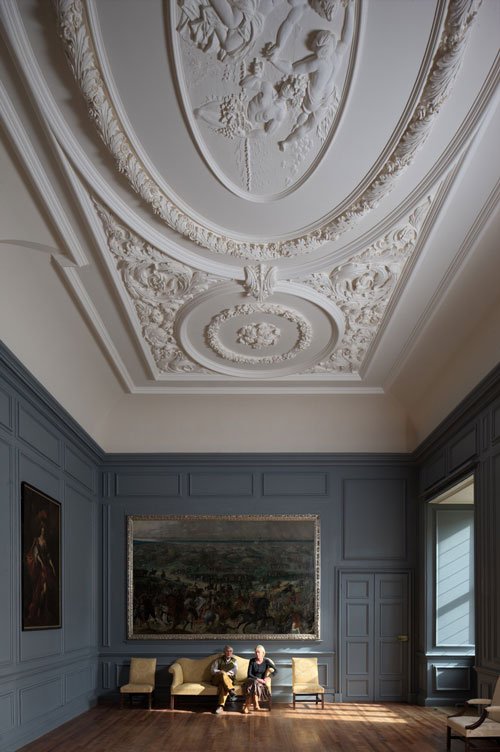 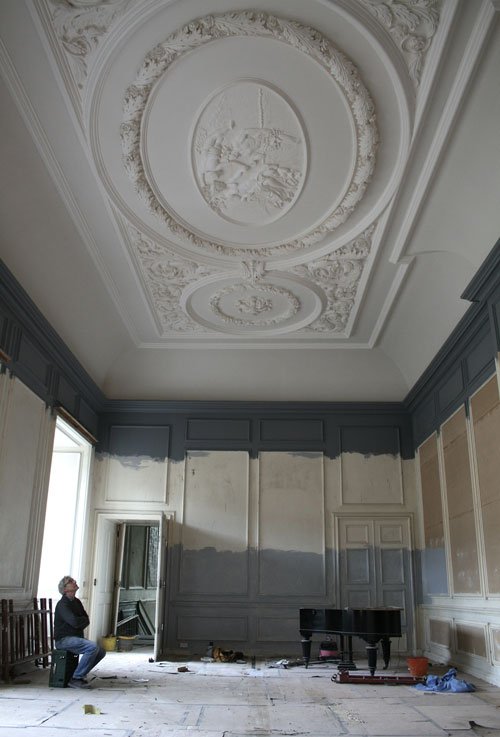 Nearing completion (above) and the same room before (below). 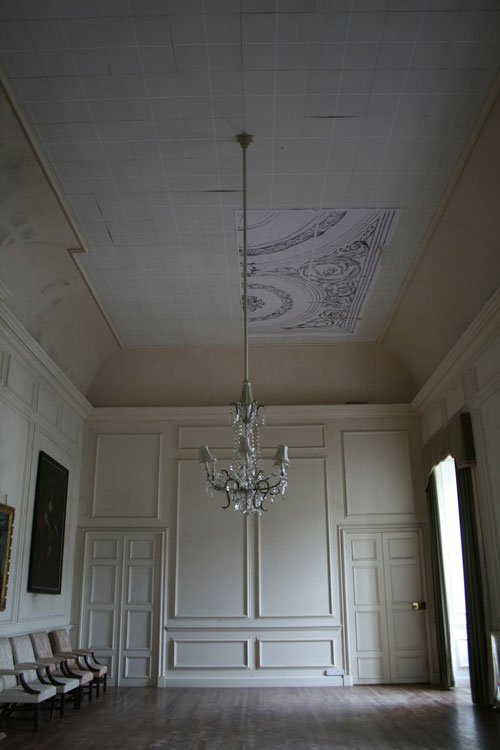 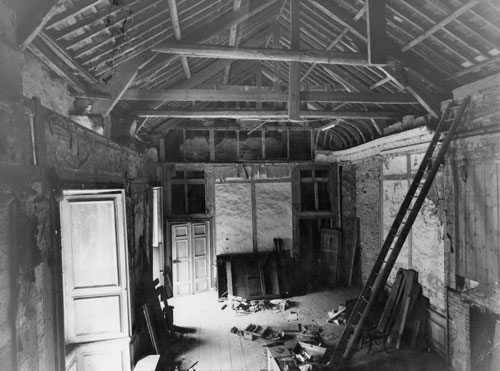 The same Great Drawing room in the 1960s. 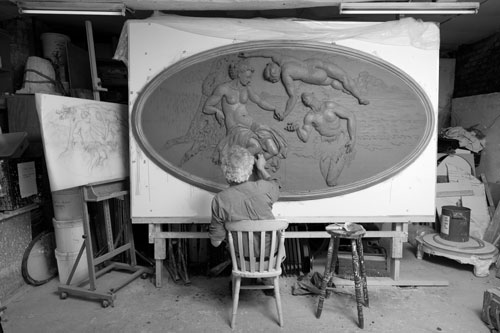 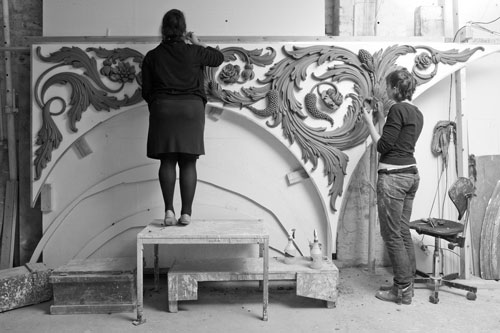 Modellers Amy Dodd and Kate Montagne at work on one of the clay panels. 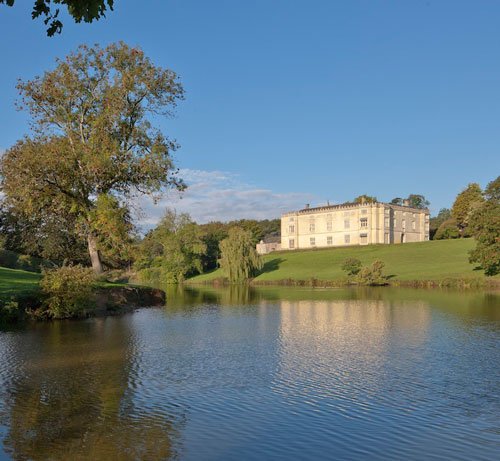 Great Fulford seen across the lake. This Grade I listed manor in Devon has been the home of the Fulford family for over 800 years.

The Great Drawing Room was destroyed when the ceiling collapsed in the early 19th century, and its gradual restoration has been the work of three generations of the family. It features a spectacular new ceiling designed and made by Geoffrey Preston. The ceiling was modelled in clay in Geoffrey’s workshop by a team of six sculptors, before being moulded, cast and installed. The judges of the Georgian Group Archiectural Awards said: “ Geoffrey Preston has rejected timid inoffensiveness in favour of creating something vigorous and of lasting interest. In his skilled hands, it works beautifully, at a stroke allowing a fine room to recover its sense of hierarchy, proportion and meaning – all reinforced by the parallel reinstatement of the 1700 picture hang and the ex-situ restoration of the Ashburton marble fireplace”.

Geoffrey Preston studied sculpture at Hornsey College of Art and was a founding director of two of the country’s most respected conservation companies. He has worked on many significant projects, including the pioneering restoration of the 18th century hand modelled plasterwork at Uppark House. In 2000 Geoffrey set up his studio in Exeter, where he works with a small team to create beautiful new work for architects, designers and private clients.
www.geoffreypreston.co.uk
www.greatfulford.co.uk
www.georgiangroup.org.uk

All photos © Nick Carter except ‘The Ruin’

THE ART OF THE INTERIOR