St John the Evangelist Church in Shobdon, Herefordshire is an extremely important work of Georgian architecture with a beautifully intact interior and matching furniture – an outstanding example of the ‘Strawberry Hill Gothick’ style. Edward Bulmer, architectural historian, interior designer and natural paint expert (founder of Pots of Paint) has been involved in the restoration of its interior. 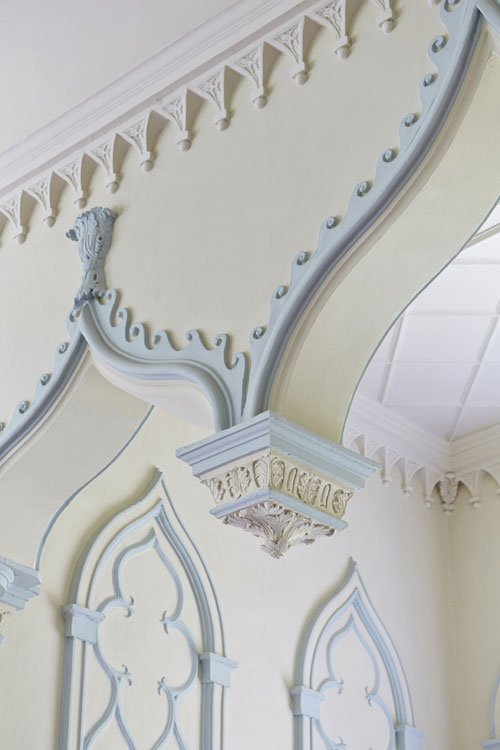 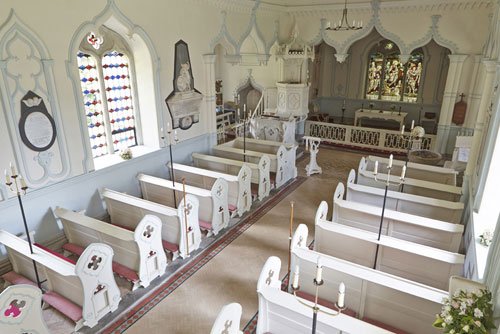 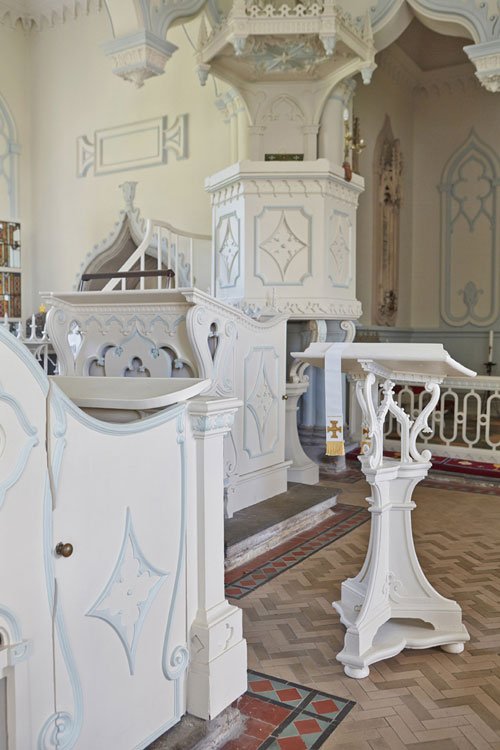 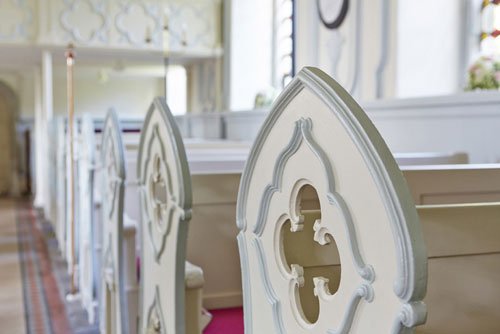 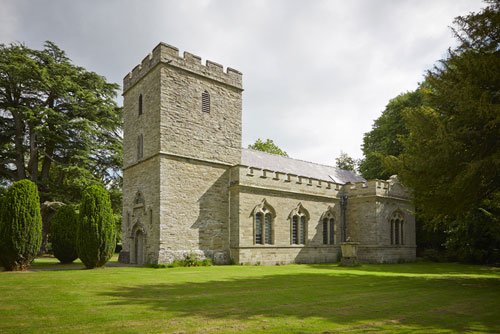 Sadly, the church was in urgent need of repairs when HRH The Prince of Wales visited ten years ago. Although fundraising was underway the Prince saw for himself that the building required significantly more work than the congregation were able to raise funds for. Prince Charles kindly donated a significant sum to boost the fund raising efforts, and the involvement of The World Monuments Fund and English Heritage meant the work could proceed.

Now, major structural work has been completed and the interior has been fully restored and redecorated. When Prince Charles visited again this year, Edward Bulmer explained that he had undertaken in-depth paint analysis and found that the church was only ever decorated using four pigments: white, black, yellow ochre and Prussian blue. The first scheme used a stone colour throughout, but in the 19th century blues and greys were introduced leading to the most recent scheme of stony whites picked out with pale blue.

Edward Bulmer recreated this beautiful scheme using colours based on Portland, Silver White and Sky Blue from his all-natural ‘Pots of Paint’ collection whose traditional formulations use only sustainably produced raw materials such as beeswax, milk casein and linseed oil. The Pots of Paint formulations allow breathability in the walls which is what this precious historic building requires to ensure that trapped moisture will not destroy interior plaster and stonework in the future.