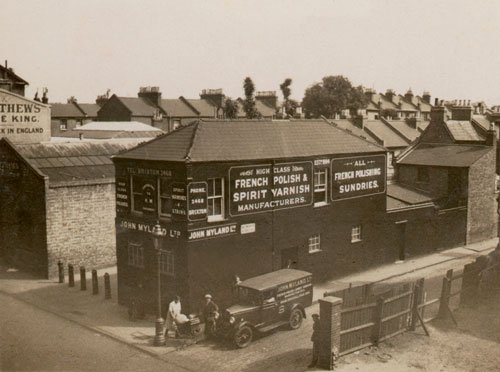 During a rich and colourful history spanning four generations of the same family, Mylands has been making high quality decorative paints and wood polishes from its founding home in Lambeth, south London since 1884. The photograph above shows the factory in 1920. 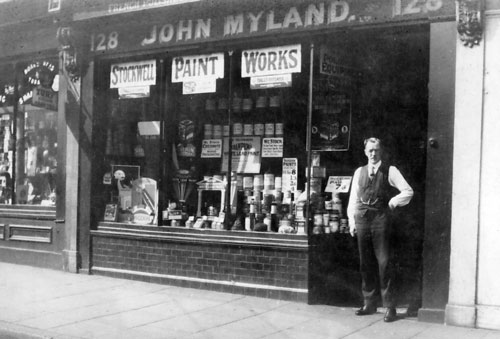 A photograph of John Myland’s shop in 1942. The company still uses original manufacturing techniques and the highest quality resins and pigments to produce paints. All their water-based products are totally environmentally friendly. 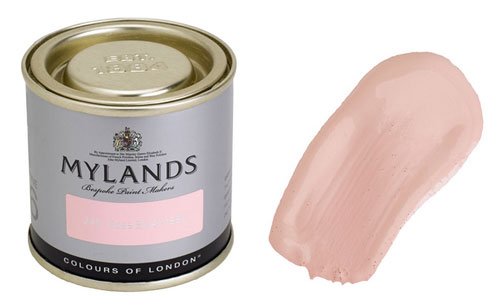 Rose Blush 1884: a delightful blush pink. Team with crisp white for a fresh, clean feel or use lilac/grey toned neutrals for a sophisticated scheme. Alternatively, accent with stronger colours to create impact and really lift the scheme – try it in combination with Mylands’ Bloomsbury, Drury Lane or Oratory. 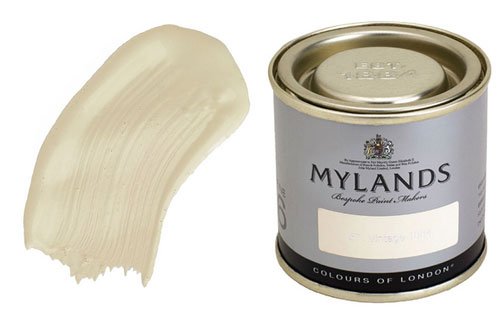 Available exclusively from Mylands throughout 2014, these limited edition colours are available in their full range of finishes. 10% of profits from sales of these paints will go directly to the charity Centrepoint, which provides vital support to homeless young people in London, the North East of England and Bradford.

Mylands have also supplied the film, television and theatre industries since the 1930s. Their products have been used by the BBC for nearly 50 years and on most major productions at Shepperton, Pinewood, Elstree and many other UK film studios. They are the official paint supplier for television and film productions all over the world including Game of Thrones, James Bond, Harry Potter, Pirates of the Caribbean as well as great British classics such as Coronation Street and Downton Abbey amongst others. Their paint and colour expertise has earned them a royal warrant.