The company Morton Young and Borland Ltd was founded in 1900 in Ayrshire, Scotland, to manufacture Scottish Leno Gauze weave, later known as Scottish Madras. MYB Textiles is now the only producer in the world manufacturing with original Nottingham Lace Looms, some of them over 90 years old and up to 1220cms wide. Here are just a few from their amazingly wide collection of sheers, panels and table covers. They are distributed by Tissus d’Hélène. 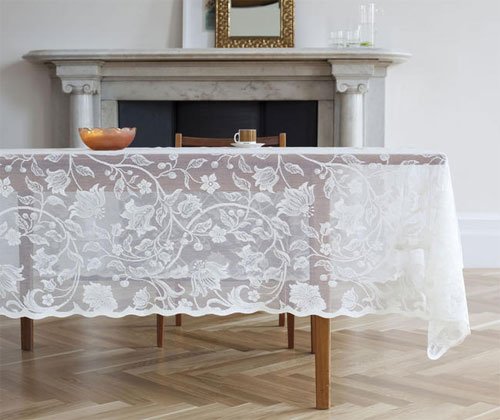 ‘Flora’ from the company’s extensive range of table covers. 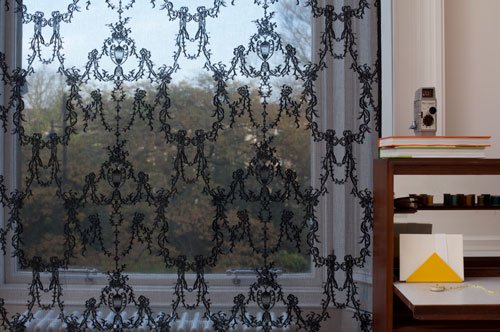 ‘Lorna’ from the Brodie sheers collection. 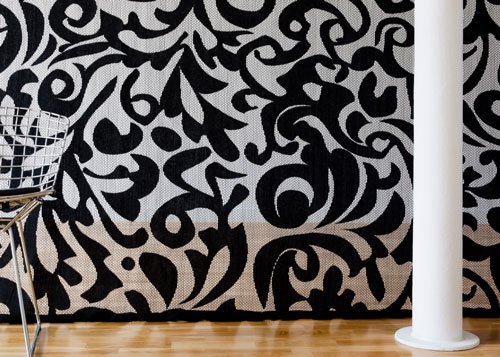 ‘Large Jane’, a contemporary design from the Abercromby sheers collection. 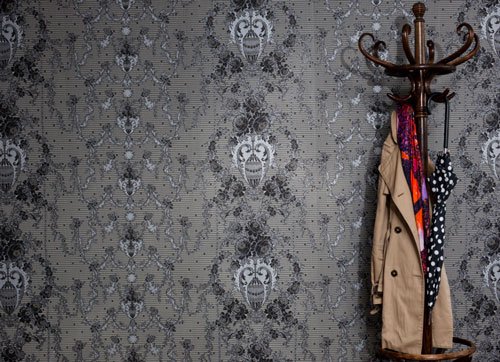 ‘Ribbon Damask’ is an embossed vinyl lace wallpaper which comes in several colourways. 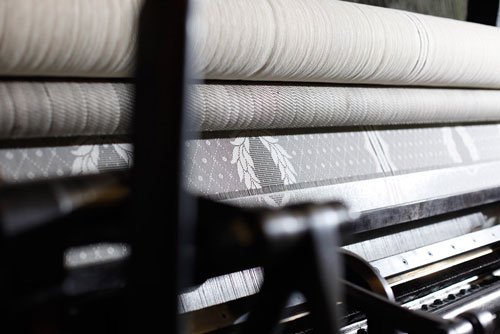 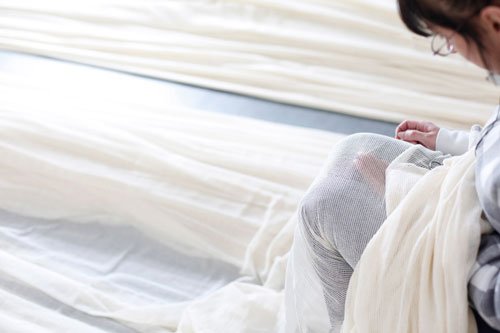 Mending the faults in the cloth by hand. 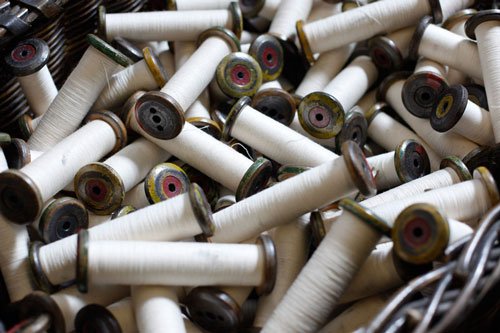 The lace manufacturing process is extremely labour-intensive using traditional skills and processes which are passed on from generation to generation through MYB’s apprenticeships. The looms run at a very slow, controlled pace so as to give a high level of quality control.

Lace is available in a number of qualities: 8, 10, 12 and 14 point lace. This figure gives the number of vertical threads per inch. The higher this figure, the more delicate the lace and the more detail it is capable of creating. The product lends itself well to the use of pure cotton yarns and MYB prides itself on the minimal use of polyester: only 5% in any given piece of Scottish Lace.

Scottish Madras weaving began in the 18th Century as the skills were brought to Scotland by Flemish refugees. The handloom was superceded by the power loom a century later and the technology of these original looms is still relevant today. Scottish Madras was originally called Leno Gauze Weave, and the name Madras became a generic term as a result of the large amounts of the product that was distributed through the city of Madras in India.

Over the years MYB has invested heavily in developing and modernising the production techniques involved in creating Scottish Lace and Madras, to enable a much larger production capability. This innovation and development of technology combined with an archive of over 50,000 original drawings attracts clients from across the globe.