Mark and Sally Bailey of destination homeware store Baileys Home & Garden were early forerunners of ‘undecorating’, and their latest book Imperfect Home sees the beauty in homes that are rough around the edges, with peeling paint and vintage fabrics. It’s also a look in which old meets new, and modern pieces are mixed in to bring vitality and colour. 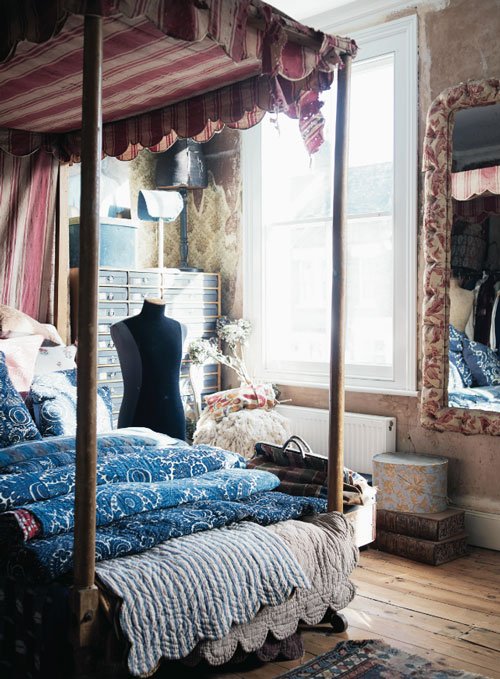 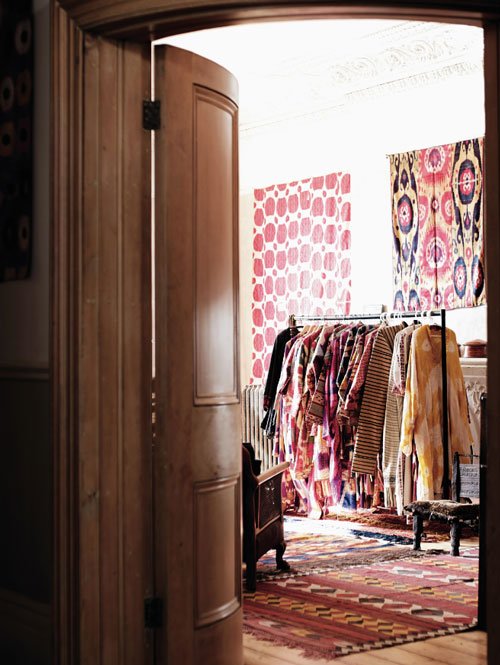 Pip Rau has been dealing in Central Asian and Afghan textiles since the 1970s. In her North London home and showroom she layers together vibrantly-coloured robes, suzanis, kilims and other textiles. 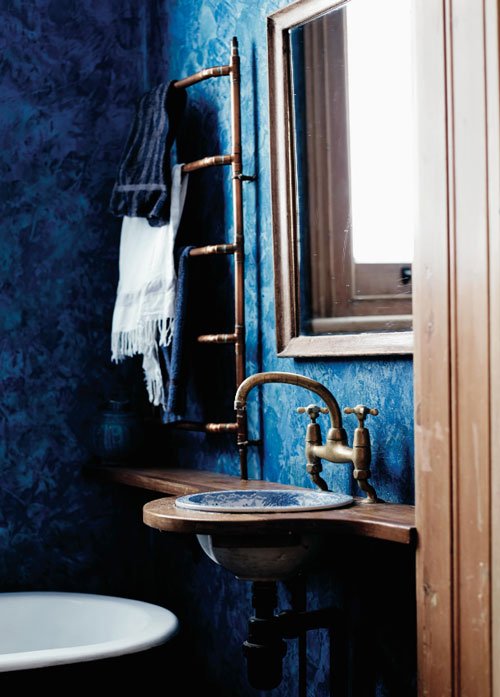 Pip Rau’s collaborator Clive Richardson designed and decorated her downstairs cloakroom. It has an original Victorian basin and taps. The towel warmer, hanging on ultramarine polished plaster walls, is made from old copper plumbing pipes. 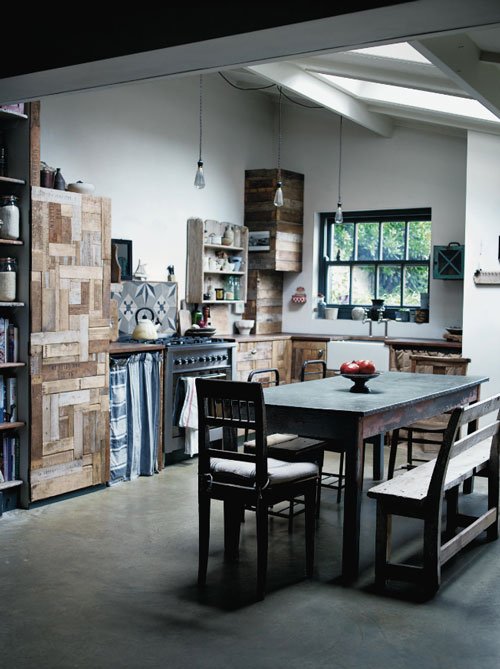 In designer Anna Phillips’ Sussex kitchen the cupboards are made from weathered fruit crates, disbanded, cut up and reassembled to make doors and drawers, a modern take on marquetry panels. 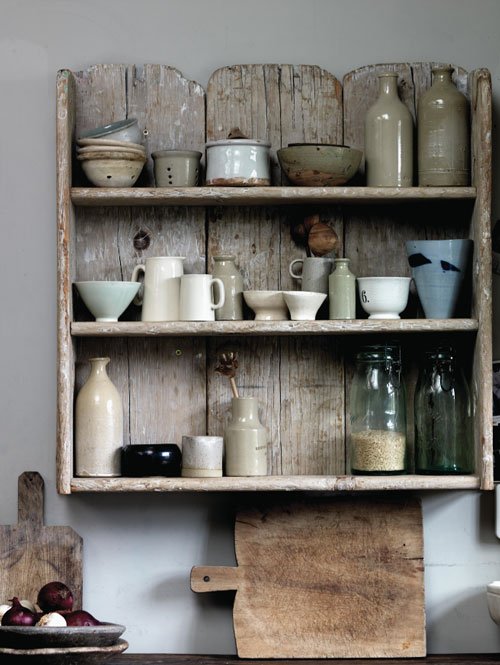 Another corner of Anna Phillips’ smoky grey kitchen, with a collection of buff and pale blue stoneware. 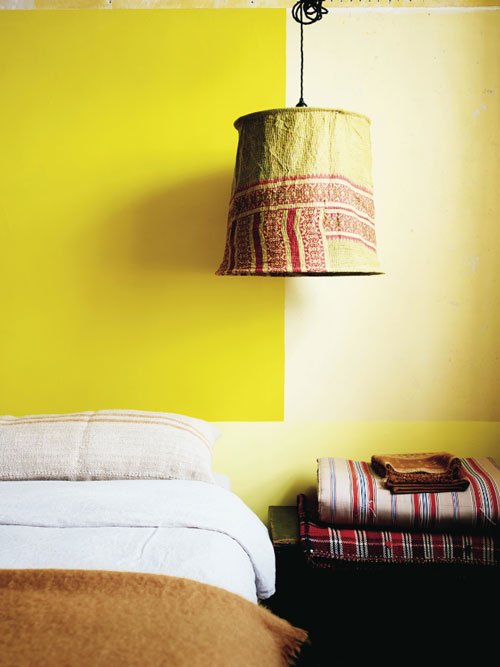 Hummingly bright yellow walls make this bedroom in Mark & Sally Bailey’s home a stimulating place in which to wake up. The sari lampshade adds to the vibrancy, but it’s tempered by the plainness of the bedlinen and the pillowcase, made from a striped Hungarian linen grain sack. 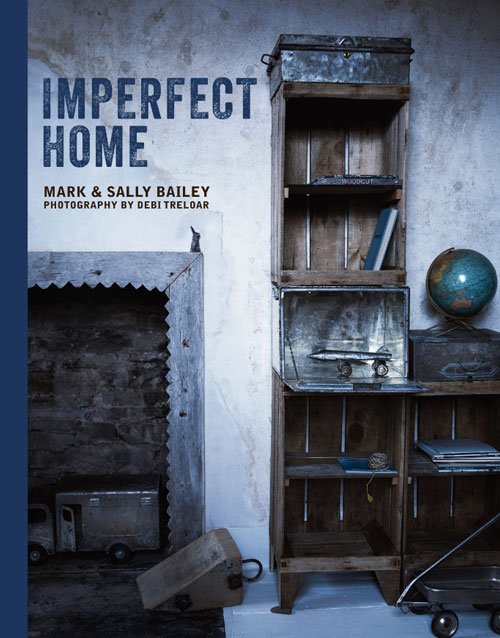 Imperfect Home by Mark and Sally Bailey, with photography by Debi Treloar, is published by Ryland Peters & Small (rrp £25) www.rylandpeters.com

A DESIGNER'S GUIDE TO FABRICS, BY KOTHEA