Sad news: my treasure trove for propping and just plain curiosity during my days at The World of Interiors is closing down… It’s actually one of the oldest mineral and fossil shops in the world, and its stock of crystal specimens, minerals, geological equipment, antiquarian books and  collectors’ cabinets will be sold at auction on 12 June. James Reynolds Gregory (in the striking photo below), one of the principal London mineral dealers in the last half of the 19th century, was born in London on December 29, 1832. The company he founded, in 1858, (today known as Gregory, Bottley & Lloyd) had a reputation as one of the best in the business, providing mineral samples for scientists as well as private collectors. He mostly bought his specimens at auction or from other collectors and dealers, rarely collecting from the field.  Recently located in Deal, Kent, after various premises in London (including the memorably atmospheric shop I knew in Rickett Street, SW6), the firm has been run since 1982 by Brian and Mary Lloyd who took over the business from Mr and Mrs Bottley. 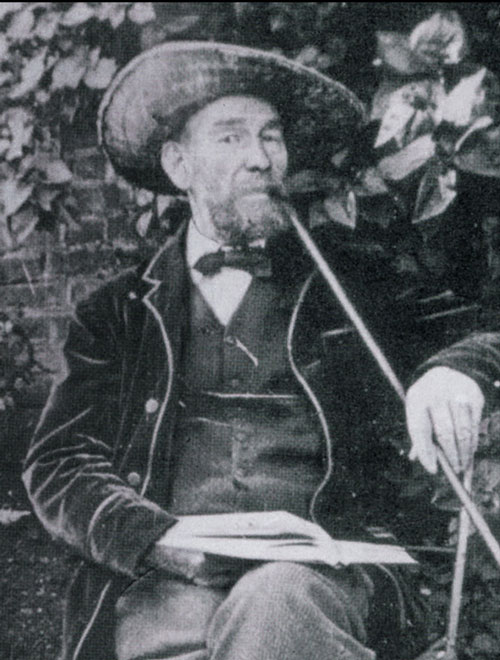 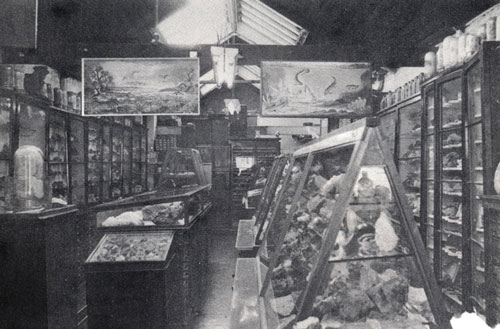 The Gregory & Bottley stock room in the 1960s, probably unchanged since the 1920s, with cabinets dating to the 1890s or before. 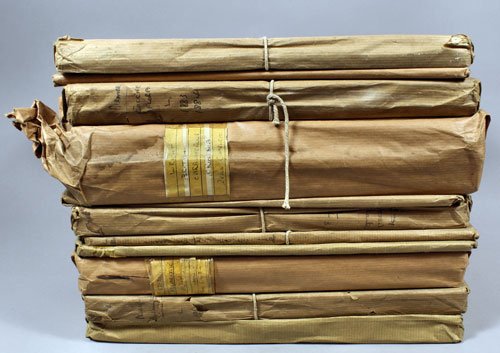 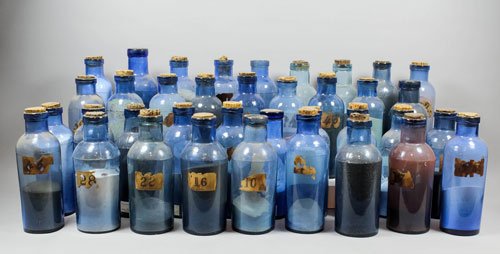 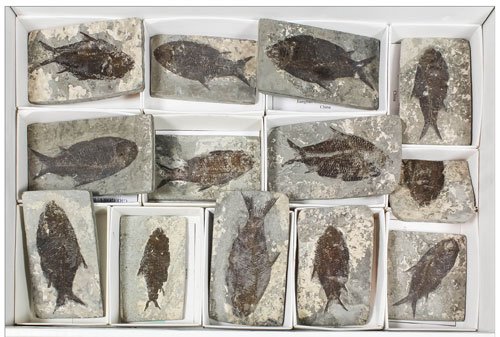 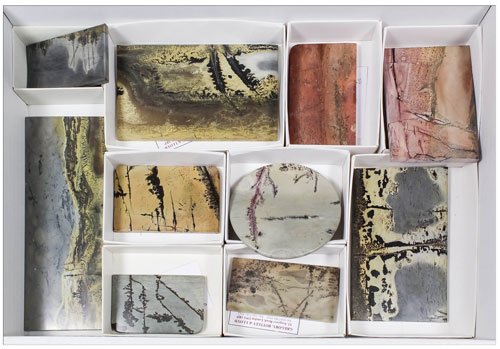 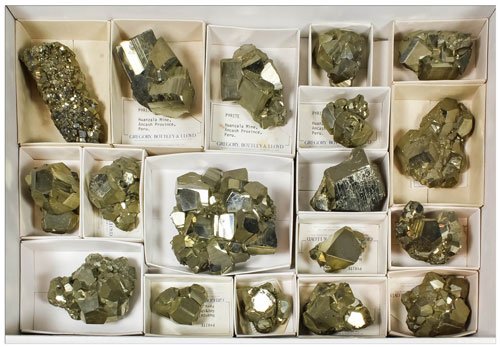 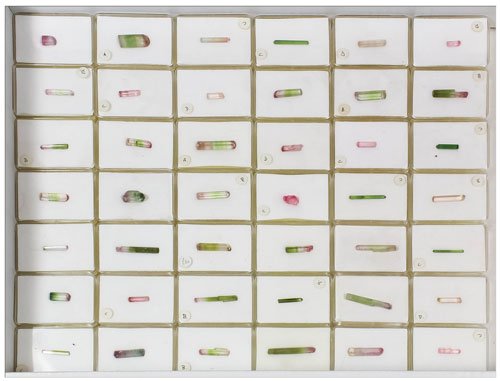 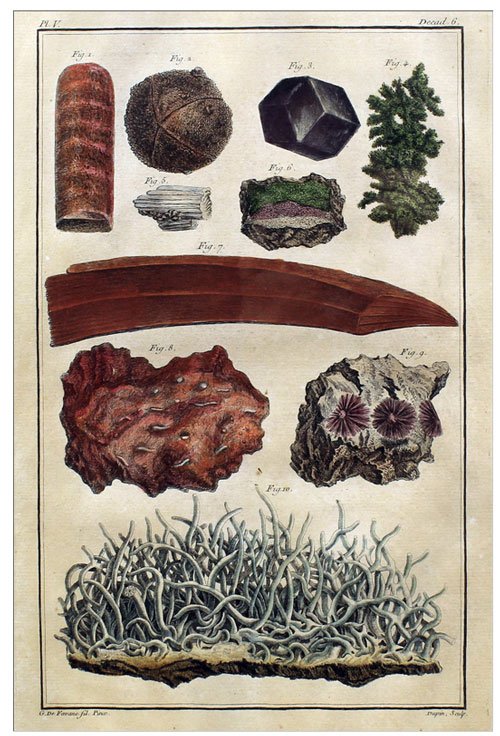 Lot 128 – A complete set of ten plates from Premiere Centurie de Planches Enluminees et Non Enluminees (Decade 6 Regne Mineral) by Pierre Joseph Buchoz, Paris and Amsterdam 1775-1781, all with contemporary hand colouring, all framed, identifications of the plates in photocopy on reverse of each frame. Guide Price: £400-600 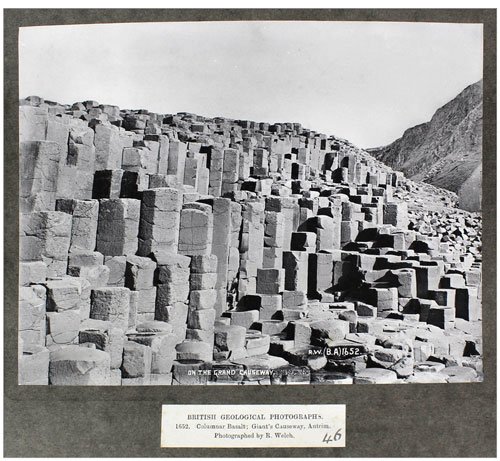 Lot 189 – British Geological Photographs 1902-1904. An extremely rare set of 70 platinotype prints of geological formations in the British Isles, mounted on 67 cards 8.5ins x 10.5ins, with full identifications front and back, as issued to subscribers over three years, the first in August 1902, the second July 1903 and the final twenty-four in January 1904, together with two sets of spare printed identification lists, subscribers lists, spare adhesive labels and other documentation Guide Price: £1000-2000 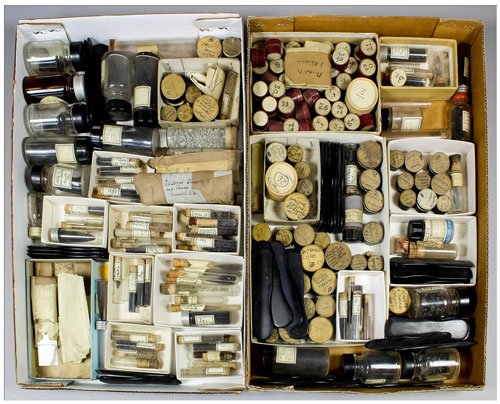 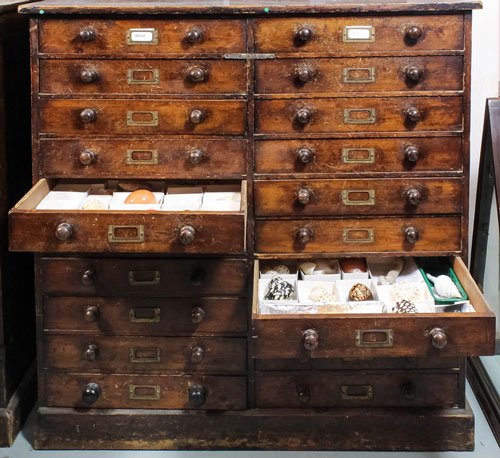 The contents of the showrooms of the Mineralogists and Geologists Gregory, Bottley & Lloyd is to be sold at auction on Thursday 12 June. The auction will be held at The Canterbury Auction Galleries, 40 Station Road West, Canterbury, Kent CT2 8AN Tel: 01227 763337 For viewing times see: www.thecanterburyauctiongalleries.com

NEW COLOURS FROM POTS OF PAINT