Leading antiques emporium, Jamb, is hosting an inaugural exhibition of taxidermic art, ‘Darwin’s Menagerie’ by the Dutch ‘fine taxidermy’ atelier, Darwin, Sinke & van Tongeren. Founders Ferry van Tongeren and Jaap Sinke, who started working together in 2003, playfully pay tribute to Charles Darwin by referring to him as  ‘Executive Director’ of their company.

Van Tongeren and Sinke see themselves as paying homage to  Old Masters such as Jan Weenix, Melchior d’Hondecoeter and Adriaen van Olen, whose work they have long studied and marvelled at.  In the 17th century, these great artists set out to portray the wonder of the exotic animals brought back to Europe by explorers. 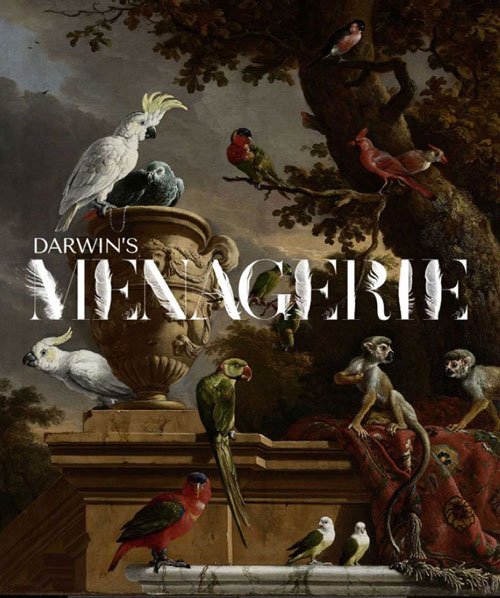 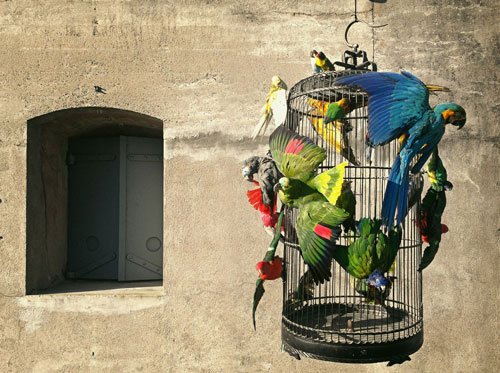 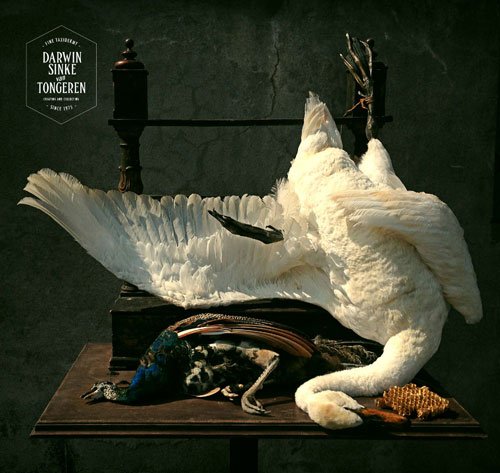 ‘Jan Weenix’. A beautiful still life of a Mute Swan and a wild Peafowl.
This composition is inspired by the famous work of 17th century Dutch painter Jan Weenix. 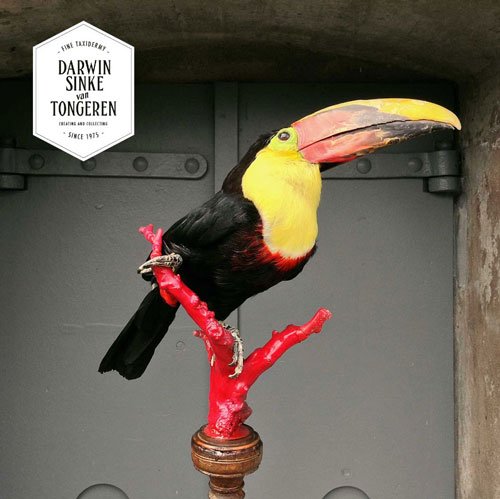 An elegant ‘Chestnut-mandibled toucan’ on a blood coral branch supported by an antique pillar. 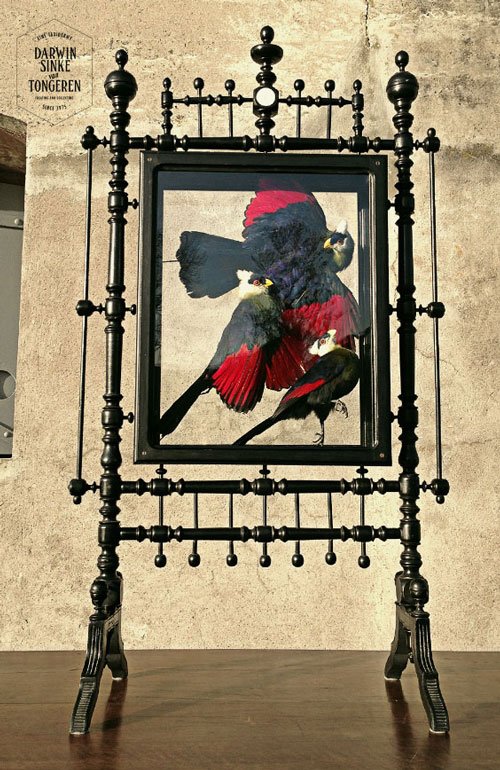 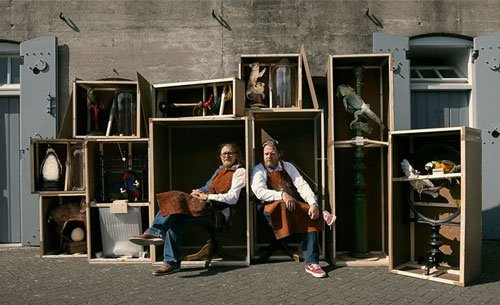 Van Tongeren and Sinke met 20 years’ ago while both working as advertising creatives at Ogilvy & Mather in Amsterdam. After running their own agency, Doom & Dickson, van Tongeren decided on a new career in taxidermic art, a subject that had long fascinated him. He studied the techniques under the guidance of two notable Dutch taxidermists and then started working as a taxidermist at the National Museum of Natural History in Leiden, one of the oldest and largest taxidermy collections in the world, where he continues to extend his knowledge of traditional techniques. So passionate was he about this extraordinary change of direction that he persuaded Sinke to also train in taxidermic techniques and join him in this new venture.

They see it as their mission to encourage the viewer to look with new eyes at the natural world that surrounds us. Van Tongeren says, “Traditional taxidermy seems a poor attempt to preserve this kind of beauty. We want our animals to look alive, alert and bright with colour”. Sinke adds, “We cherish the patience, perseverance and craftsmanship of past times. Our Fine Taxidermy is as valid a piece of art as painting, sculpture or contemporary installation”.

Will Fisher, founder of Jamb, is excited to see the juxtaposition between these spectacular compositions and his own magnificent collection of chimneypieces, lanterns, garden ornaments and furniture. He says, “We are predominantly English country house dealers but there is a decadence in Darwin, Sinke and van Tongeren’s work that feels like a direct continuity between a Baroque, bygone age and the contemporary. There is a big interest in taxidermy right now, but this is different to anything previously seen. Jaap and Ferry’s compositions transcend the considerable skill involved and become art’.