Innovative British paint company, Little Greene, is launching a fashion-inspired ‘Blue’ collection of 21 trend-setting paint shades. Dispelling the myth that blue is a cold colour, the palette encompasses a wide spectrum of tones, from confident indigo to calm linen hues. There is also the seductive Ultra Blue, a uniquely pigmented colour, which is mixed by hand in Little Greene’s paint factory and will only be available as a limited edition paint.

Alongside the paints, Little Greene has also produced a new compendium of ‘20th Century Papers’, which comprises the most popular designs from three previous collections: Retrospective Papers, Oriental Papers and 50s Line Papers. Existing designs have been re-mastered to harmonise with the ‘Blue’ paint range. 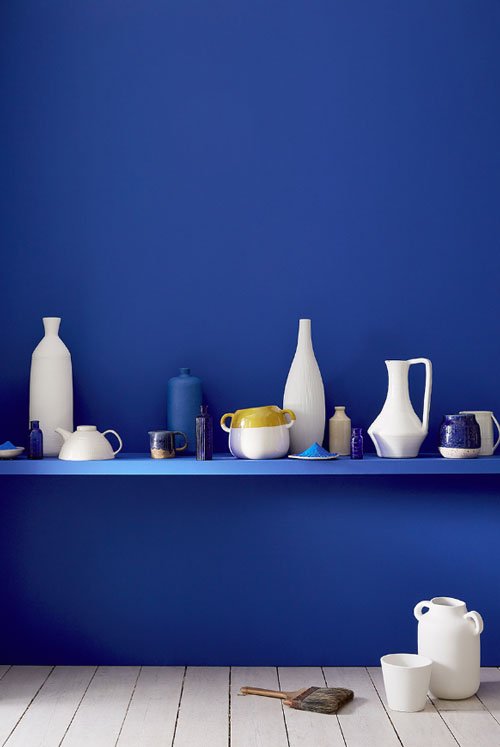 The jewel in this paint collection, Little Greene makes this limited edition Ultra Blue in small batches using a single pigment: Ultramarine. Originally extracted from Lapis Lazuli by the Venetians in the 14th century, and having a value greater than gold, this pigment was, until c1520, exclusively reserved for the depiction of the robes of the Virgin Mary. 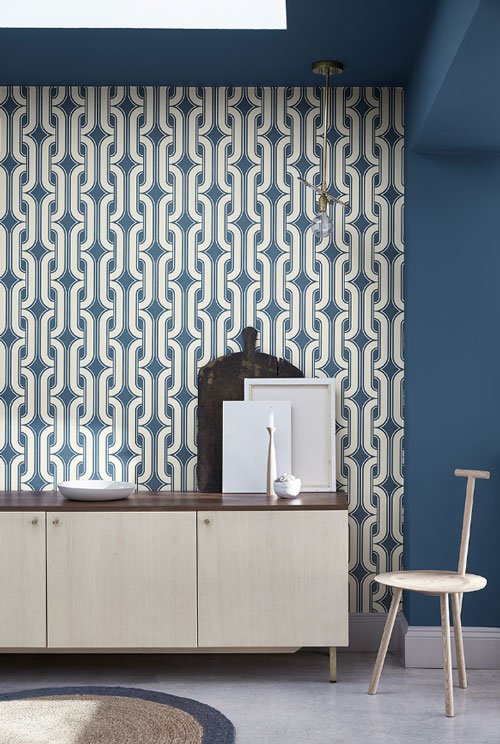 Lavaliers – Low Wave wallpaper (£57 per roll) with Hicks’ Blue (David Hicks, one of the most important designers of the 60s and 70s, used this blue in the restaurant at the top of the London Telecom Tower in 1962). Skirting in French Grey. 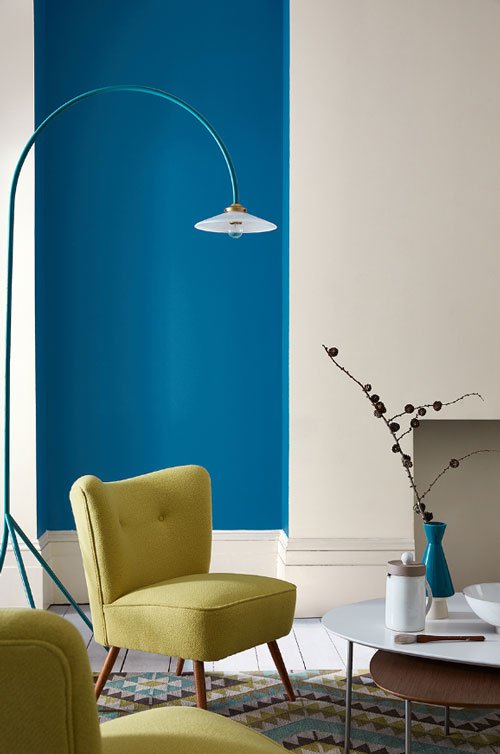 Moon Shadow with skirting and wall in Slaked Lime Deep. The name of this classic 20th century shade was not inspired by a colourful lunar cast, rather the hue of the earth as seen by man, from the moon’s surface in 1969. 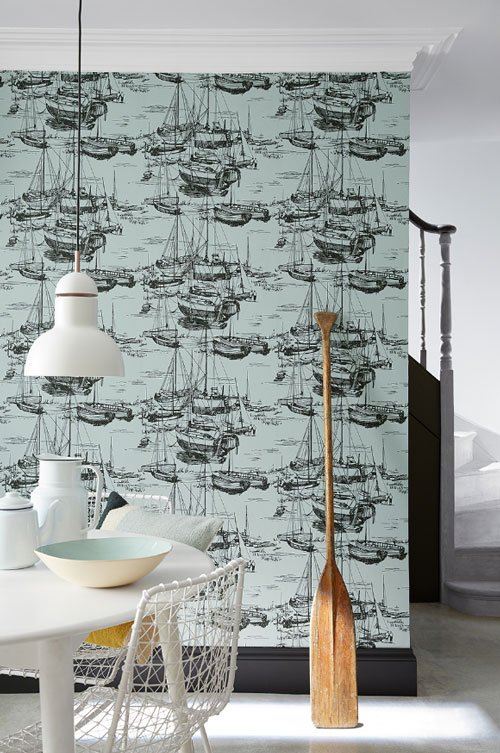 A ‘brand new’ 1950s design, Zingara, has been added: a striking line drawing of boats resting at anchor, derived from a John Line collection in the Whitworth archive. Skirting painted in Jack Black. 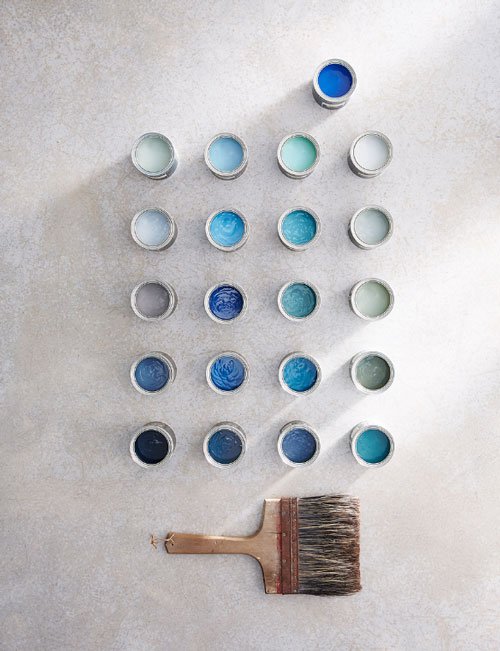 Working equally well in a classic or contemporary setting, and as flat colour or in pattern, the blue spectrum is vast. As a hue, blue is especially desirable in the northern hemisphere, where the light enhances the blue pigment. Blues are also known to aid concentration – so perfect for contemplating your next interior design scheme.

David Mottershead, MD of Little Greene, is delighted with the company’s new colours: “Blue is the richest of colours, and historically the most expensive to produce. In art, blue paint was reserved for depicting royalty, dignitaries and religious figures and still, to this day, holds the same luxurious appeal and hypnotic allure. Many people fear to use blue because of its reputation as being cold and masculine – we can show a new way with this carefully edited collection and make blue more useable than ever.”

All shades on the ‘Blue’ colour card are available in the full range of traditional and modern paint finishes, with the exception of the limited edition Ultra Blue (available in sample pots and 2.5L Absolute Matt Emulsion only).

‘Blue’ and ‘20th Century Papers’ was launched at Decorex and is available nationally and internationally through Little Greene’s network of distributors, as well as via mail and phone order and online at www.littlegreene.com