The glamorous BADA Antiques & Fine Art Fair has just opened, and runs until 24 March at Duke of York’s Square, London SW3.   It’s a dazzling display – from 16th century furniture to contemporary paintings, all vetted for quality and authenticity.  There is something for everyone, from the first time buyer to the seasoned collector, with prices ranging from £100 to six figure sums. Here are some exhibits that caught our eye… 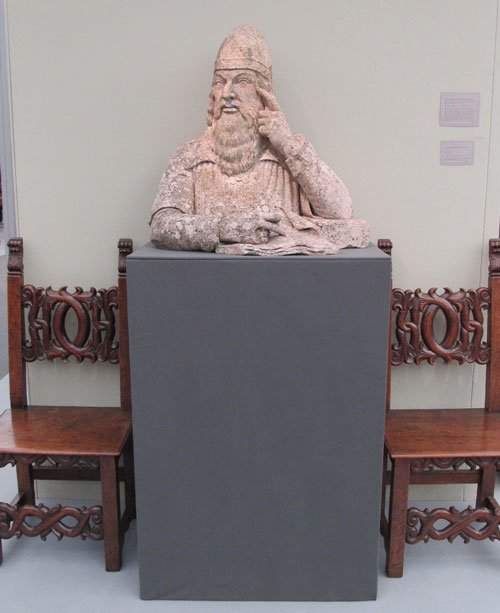 A carved stone bust of Aristotle, English, first half of 18th century, at Harris Lindsay Works of Art. 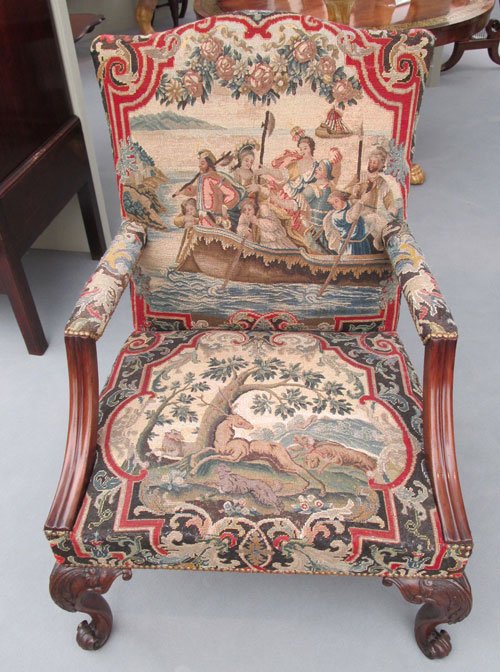 An extremely rare George II mahogany & needlework armchair featuring two scenes, one of warrior maidens and the second of a deer being hunted by a wolf. Offered for sale by Millington Adams Ltd. 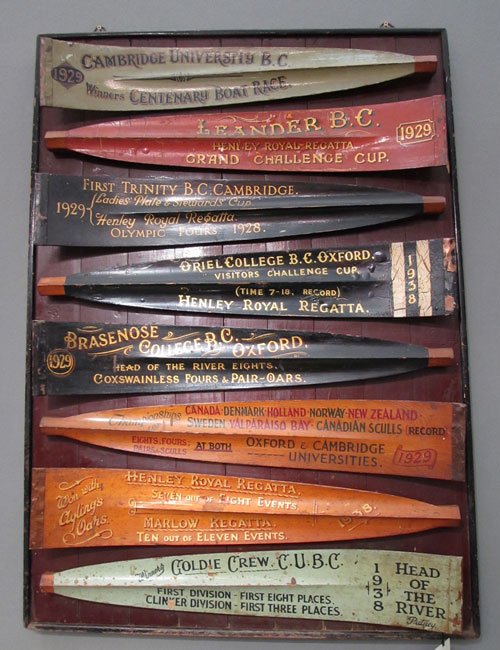 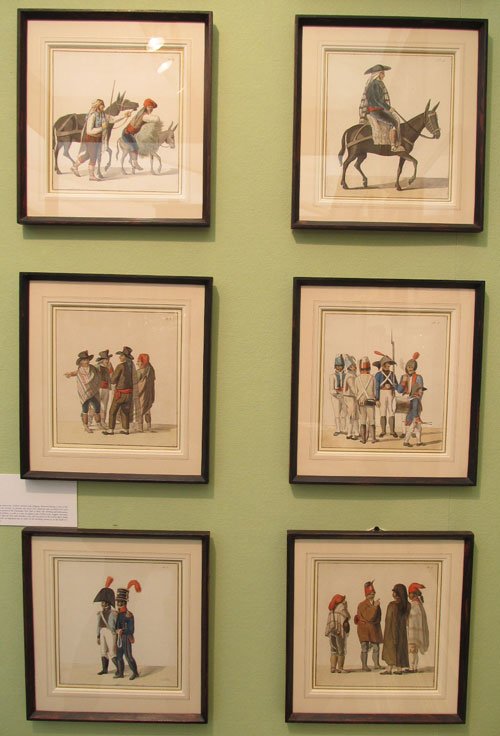 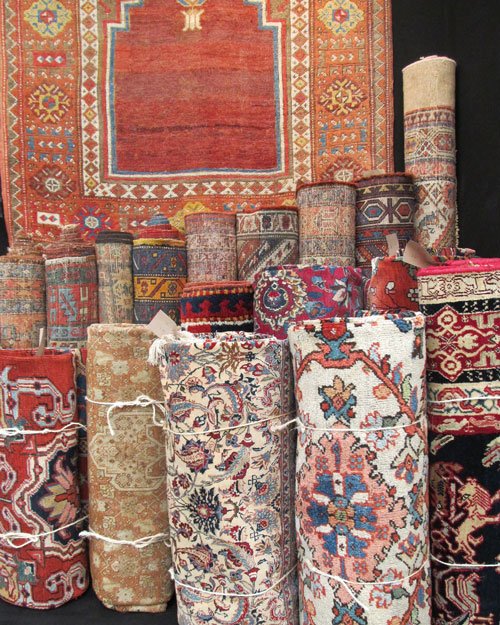 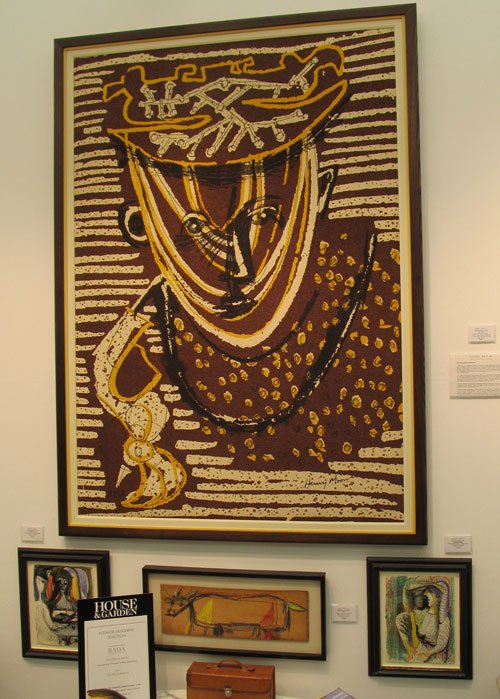 Henry Moore’s Head of Man, originally drawn in 1943, and produced as a limited edition textile in 1989 for Zika Ascher. Below it are two watercolours by Ceri Richards and Cow, by Roger Hilton (in the centre). At Ashley Gray. 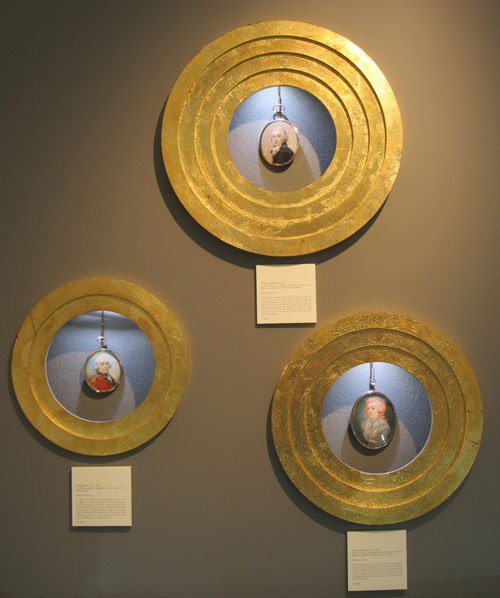 Beautifully displayed miniatures on Philip Mould‘s stand. Bottom right is a portrait of Le Chevalier D’Eon, one of the most enigmatic figures of the later 18th century, most famously known for being a transvestite, from whom the term ‘eonism’ (used in psychiatry to describe male adoption of female dress and manners) is derived. 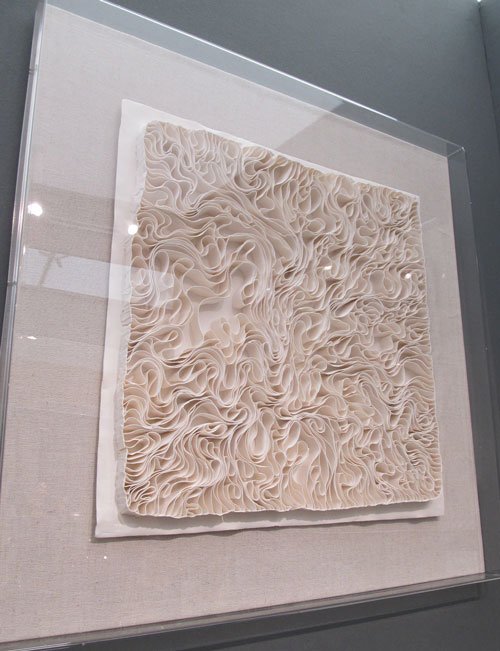 Fenella Elms’ ‘Free Edge’. Wall-mounted porcelain ribbons on a porcelain plaque mounted in a perspex frame. At Signed and Designed. 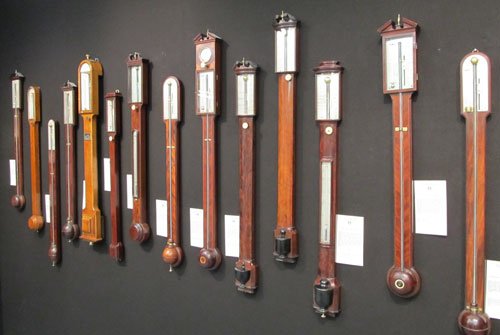 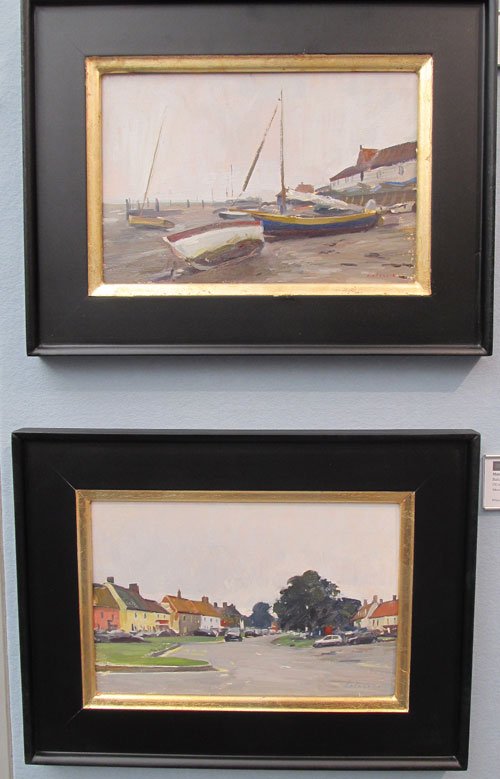 BADA Antiques & Fine Art Fair (18-24 March), Duke of York’s Square, off Sloane Square, London SW3.  The only event on the international art calendar exclusive to members of the British Antique Dealers’ Association, it encompasses traditional and contemporary items, and appeals to collectors of all interests. There’s also a varied programme of talks and events.

For more information and details of all the exhibitors above, visit www.bada-antiques-fair.co.uk .

A GUIDE TO GARDEN ANTIQUES & ORNAMENTS