If there was ever an enduring image of English beach holidays, it has to be the one of Blackpool’s iconic deckchairs in rows on the pier, or on the beach with windbreaks, the knotted handkerchiefs/ braces combo and the Tower in the background….

Since 2007, Deckchairstripes has been selling deckchair canvas by the mile (and the odd deckchair too!) and have been asked many times to hire them out for events, weddings and other festive party venues and concerts.  The company has now managed to acquire ALL Blackpool’s iconic deckchairs in their beach worn and sand-tossed original glory. All 6000 of them, along with all the windbreaks, ticket machines and the incredible history behind them! 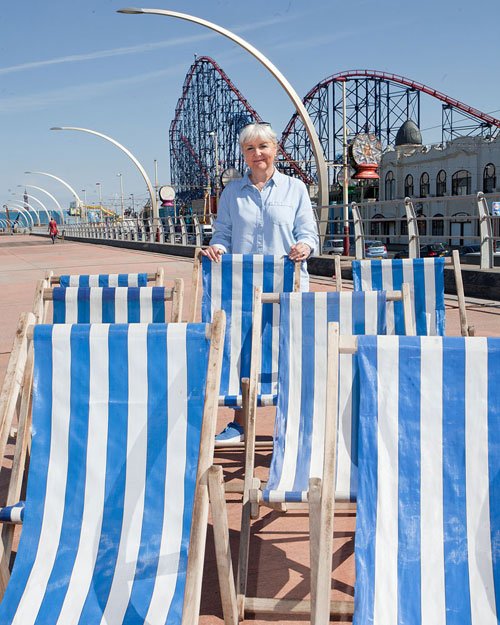 Maria Hopwood with some of her vintage Blackpool deckchairs. 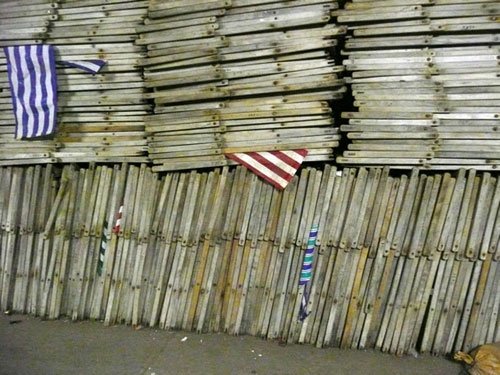 The design of a deckchair was originally based on campaign furniture – the type of which could be folded (flat packed!) and transported by armies across continents. 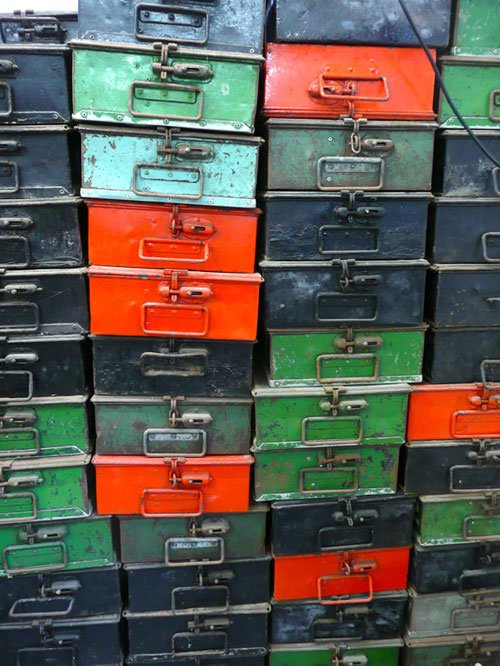 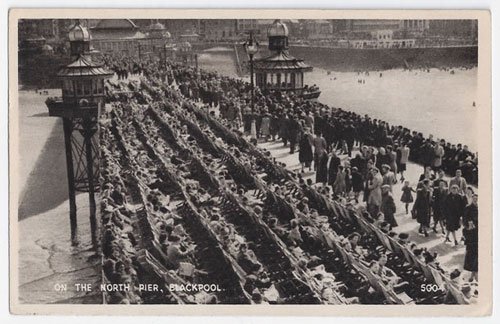 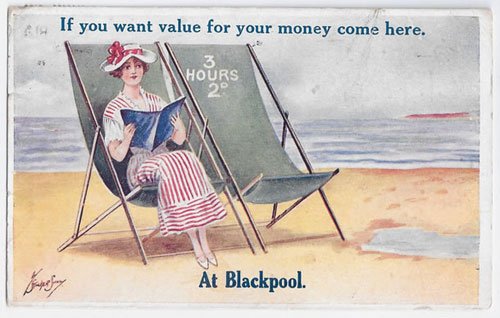 At its peak, and within a period of three years (1958 – 1960), Blackpool Council banked over £6 million in cash from the takings of deckchair hire alone. Deckchairstripes expect their takings from deckchair hire to be a little more modest – but they will be able to cope with small to large volumes of hire, anything from 4 deckchairs to 6000 in fact!

Each deckchair will be re-worked with new metal fittings for strength without removing the integrity of the original patina.  They  are able to send deckchairs out for hire with the original worn plastic covers, or replace with new in the same modern equivalent. For ‘Luxury’ deckchair hire they can cover deckchairs to order in any of their striped canvas – either mixed colours or all the same whichever your preference.
They also may offer a few deckchairs for sale – in limited edition numbers to aficionados of history who appreciate these iconic deckchairs, together with a certificate of authenticity.

Call  Heritage Deckchair Hire on 01244 336 387 for more info or to discuss your requirements. www.deckchairstripes.com