In a fascinating new book, Unseen London, photographer Peter Dazeley shows us some of the capital’s hidden gems. We are taken behind the scenes in fifty iconic London buildings including Battersea Power Station, Wandsworth Prison, the Foreign & Commonwealth Office, the speech room at Harrow School, the Old Bailey, the Bank of England, inside the clock face of Big Ben, and even King Henry VIII’s wine cellar, now under the Ministry of Defence in Whitehall.  The photographs of each interior – some derelict, but many still working – are accompanied by journalist Mark Daly’s story of how each of these was created and how they are used. 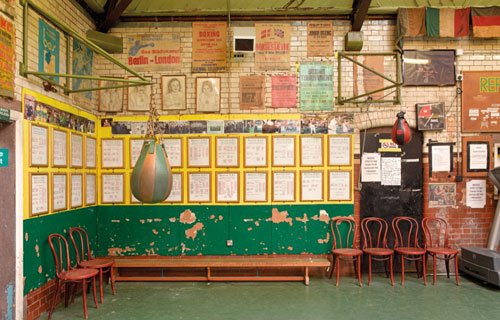 The interior of Repton Boxing Club, which was set up in 1884 for the improvement of deprived boys of the East End. The club, just off Brick Lane, still looks just as it might have done in the 1930s. Its retro looks have been preserved, and it has been used as a location in Lock, Stock and Two Smoking Barrells and other films. 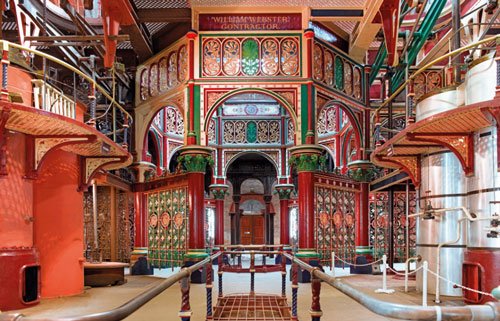 The splendid main pump room at Crossness Pumping Station. This mid-Victorian sewer system remains one of London’s hidden engineering secrets. Beautifully restored, the interior houses a remarkable octagonal pavilion with arched screens. Wrought iron and cast iron are used for the capitals, columns, floors and spiral staircases, with brasswork for details such as handrails. The decoration of leaves, vines and flowers are in bright colours, as originally applied in 1865. Crossness is open to the public four times a year. 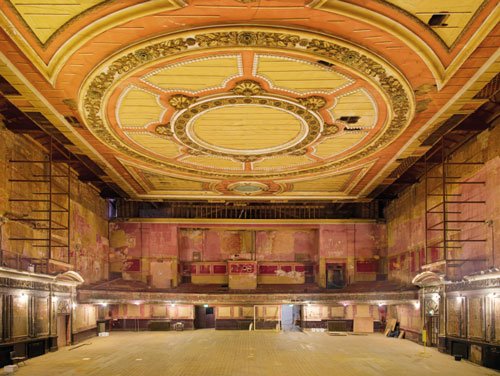 Alexandra Palace is a vast Victorian entertainment complex, which opened in 1875 and has lain mostly disused for much of its lifetime. While its Great Hall and West Hall are used for concerts and exhibitions, this lost theatre (once capable of seating 2,500) lies dilapidated, although still intact. 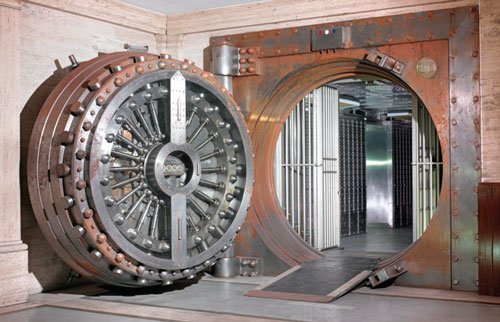 The safe deposit entrance at Midland Bank’s head office in Poultry, designed by Edwin Lutyens. This 25-ton vault door, guarding 3,800 private boxes of varying sizes, was state-of-the-art, and installed after first being shown at Wembley’s British Empire Exhibition in 1924 as a modern wonder. 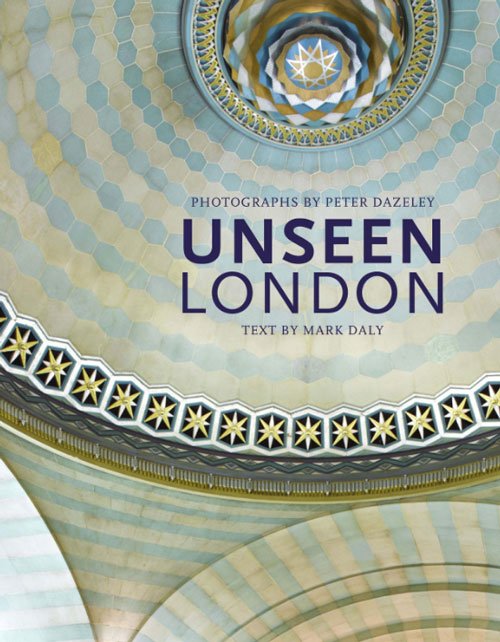 Q&A WITH PHOEBE CLIVE FROM TINSMITHS

Q&A WITH BARBARA SALLICK OF WATERWORKS