Windows have been covered with shutters for centuries. (Image: The Hoarde) 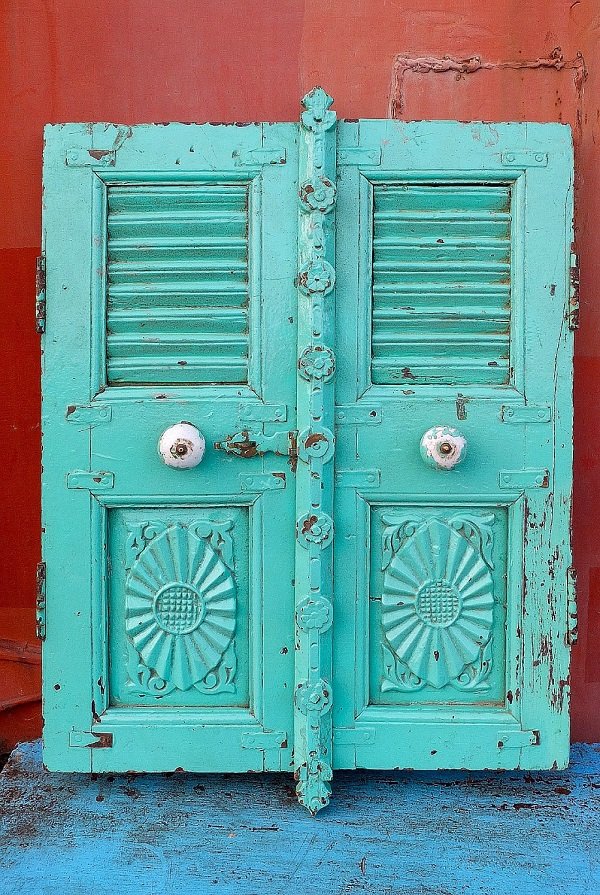 By the end of the 17th century window glass quality was improved, sash windows came into existence and tiered shutters were invented to enable different sections of shutters to be closed at different times.

New inventions included shutters which could be folded into the recess of the window embrasure.  In grand residences shutter panels were often decorated, carved and moulded to blend with interior architecture. (Image: Plantation Shutters) 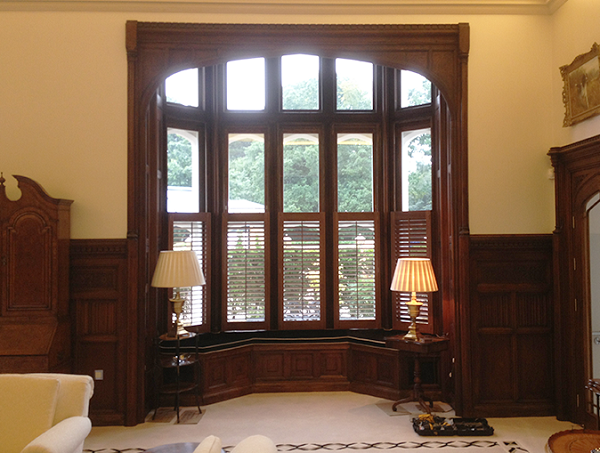 From the 18th century in America and Europe painted shutters became a fashionable way of dressing windows, providing security, keeping the house cool in the heat of the day and insulating against the cold in winter. 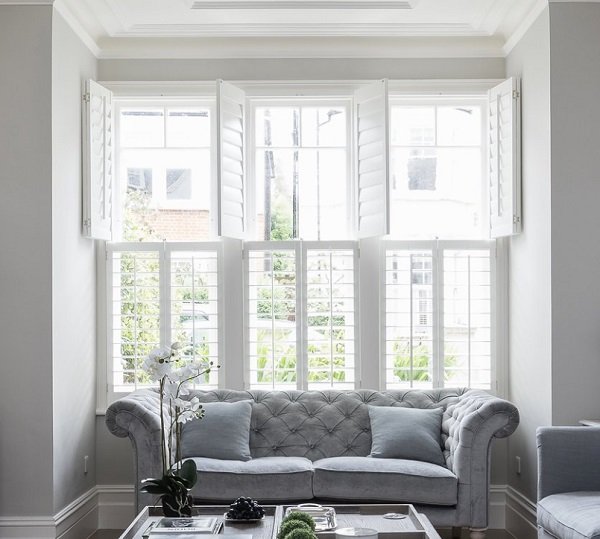 Full height shutters are most popular, sometimes with a mid-rail, depending upon the height of the window.

If you opt for a mid-rail style, it offers the option to allow the slats above the mid-rail to open or close independently of the slats below, similar to tier on tier types.

Tier-on-tier shutters allow for the top row of panels to open and fold back independently of the bottom panels. This type of design is best suited to windows over 120cm high. (Image: London Interior Shutters) 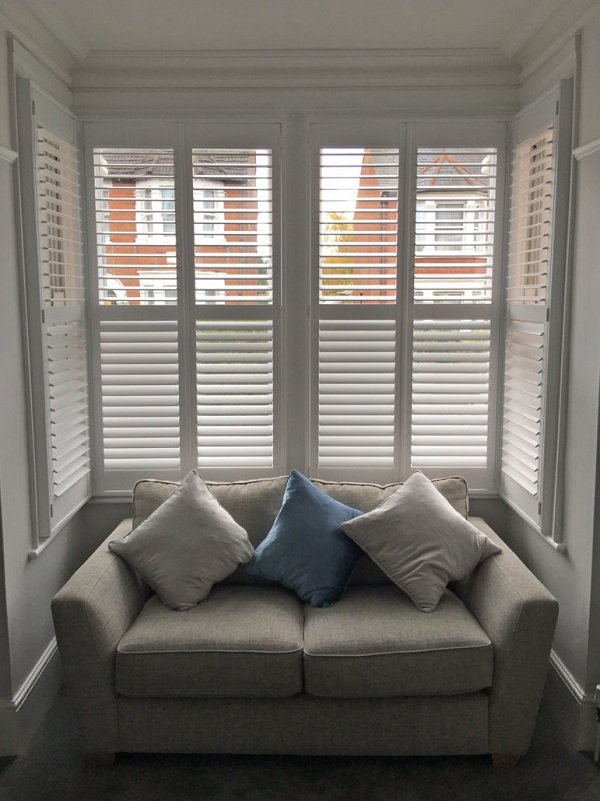 Café style shutters are designed to cover the bottom half of sash windows and are popular with windows at street level. 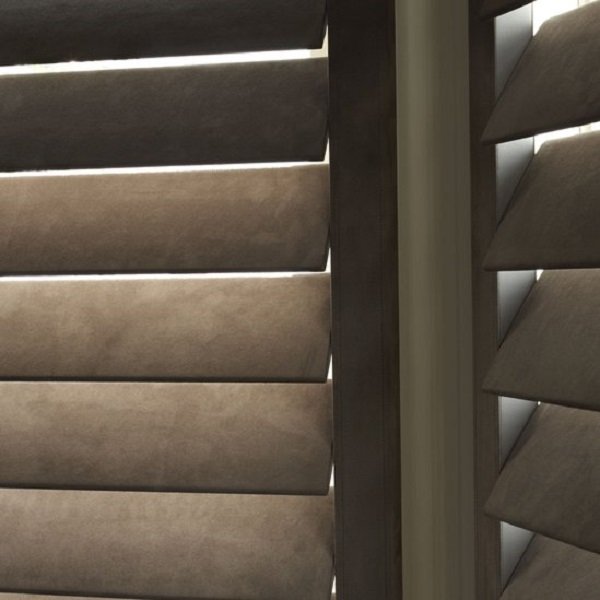 Traditional solid panelled wooden shutters fold into housings (embrasures) at the sides of the window and open horizontally. Less common are sliding shutters, or sash shutters, which normally rise vertically from the sill, although sometimes they slide across from the side. Manufacturers may offer solid panelled wooden shutters in styles including Victorian, Edwardian, Fixed Louvre, Georgian, Shaker, Raised and Fielded. 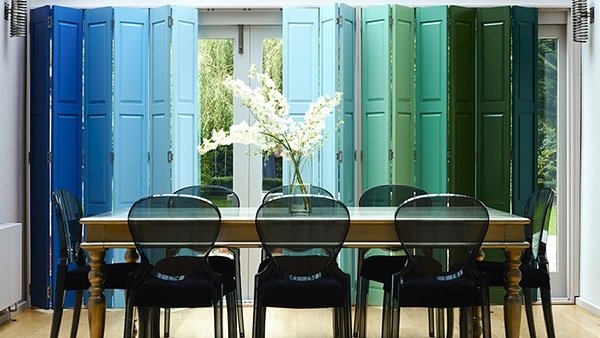 Most manufacturers of shutters offer a choice of hardwoods or painted or stained finishes; some companies provide a bespoke colour matching service.
(Image: Shutterly Fabulous )

Thermal imaging surveys conducted by Edinburgh World Heritage revealed that shutters prevent heat loss through windows, reducing heating bills.
Shutters are simple to clean. Dust will not penetrate the surface and shutters can be vacuumed and wiped down with a damp cloth. They retain far less dust than curtains, which makes them ideal for allergy sufferers. Louvred shutters provide privacy and offer the option to regulate the degree of light that floods the room. (Image: Capella Shutters)

Look for the FSC certified mark on shutters to ensure they are made from sustainably sourced hardwoods.

Shutters should be measured and fitted by a joiner. Windows, particularly in old houses, are rarely symmetrical, so the shutter panels may need to vary slightly in order to fit well and shut properly.  (Images: The New England Shutter Company ) 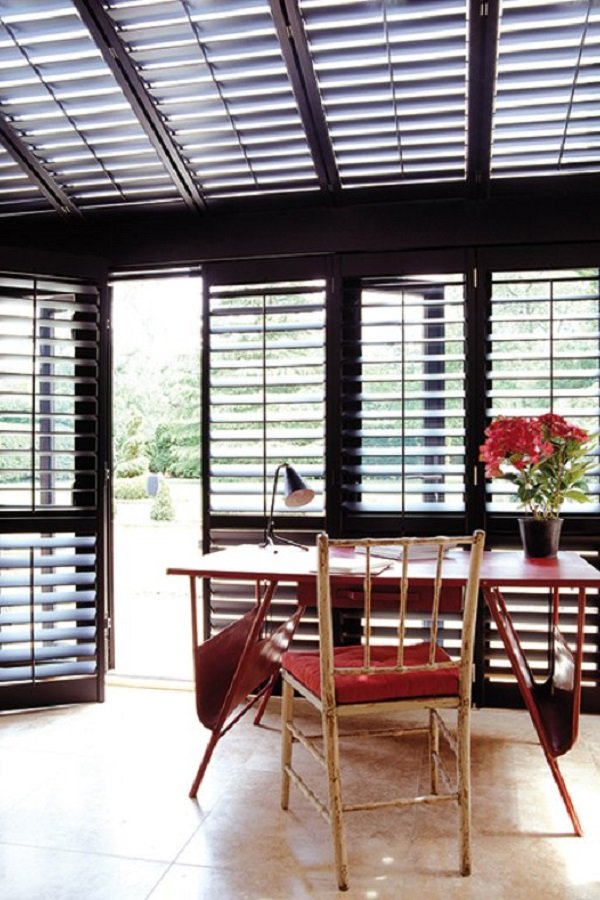 Some manufacturers now offer motorised shutters, remote controlled or shutters for doors or full-height windows that slide along a track.