Mr Turner, the new film about the life of the artist J.M.W. Turner, directed by Mike Leigh and starring Timothy Spall, is not only beautifully acted, it’s a visual delight.  The carefully-researched 19th century period detail – from the recreation of the paint shop where he bought his pigments, to the lustreware jugs he kept his paintbrushes in – all draws you into Turner’s world. So we were especially excited to hear that The Linen Shop in Horsham had supplied several of their fabrics to the film company.  Our eyes were peeled, and we were not disappointed! 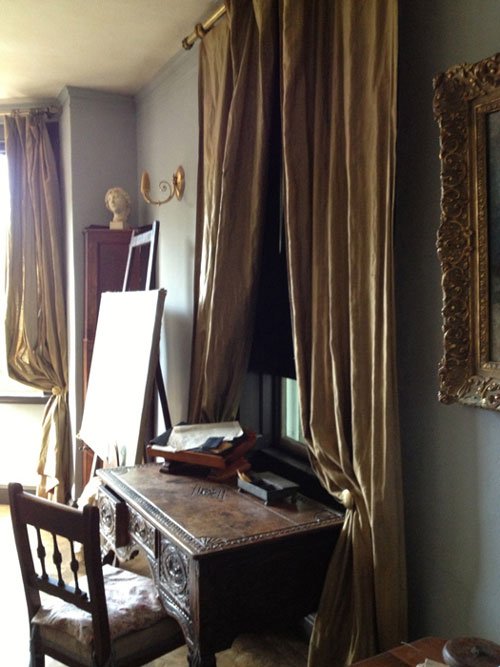 Turner’s studio in Cheyne Walk, with The Linen Shop‘s Swedish Sateen (in ‘Resin’). 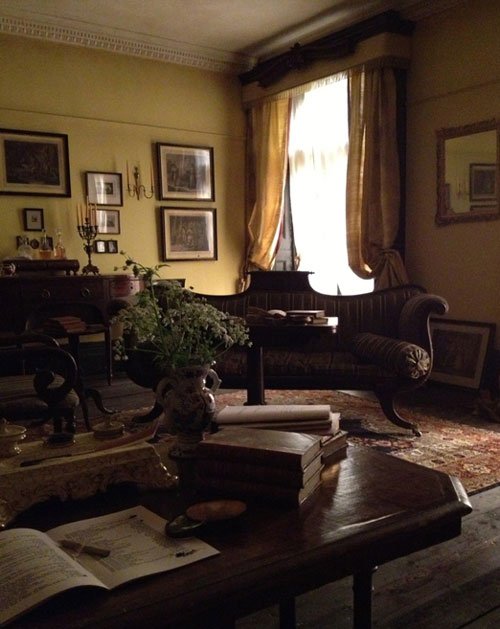 In the drawing room at Queen Anne Street, The Linen Shop‘s Landscapes sheer fabric (in ‘Flint’) has been tea-stained and edged with red for the main curtains.

Turner’s bedroom at Queen Anne Street with The Linen Shop‘s Landscapes (in ‘Flint’ again) used for the sheer curtains. 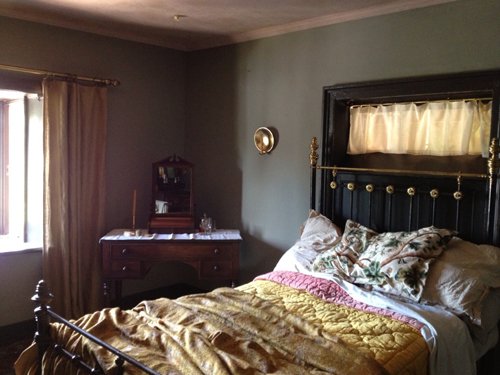 Turner’s bedroom at Cheyne Walk with The Linen Shop‘s Swedish Sateen (in ‘Resin’) for the curtains and Landscapes (in ‘Flint’) above bed.

Q&A WITH PHOEBE CLIVE FROM TINSMITHS