‘India Song’, a new book by acclaimed photographer Karen Knorr (sister-in-law of Cheryl Knorr of The House Directory!) presents some extraordinary images of animals in stunning architectural sites in India. Karen Knorr began her ‘India Song’ series in 2008, after a life-changing trip through Rajasthan. She takes inspiration from the Indian tradition of personifying animals in literature and art, depicting scenarios that are at once otherworldly and surreal. Knorr’s work explores Rajput and Mughal cultural heritage and its contemporary relationship to questions of feminine subjectivity and animality. 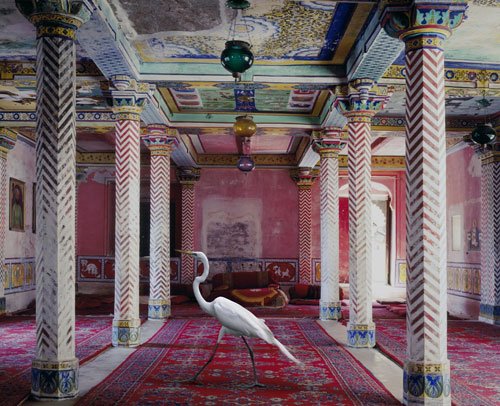 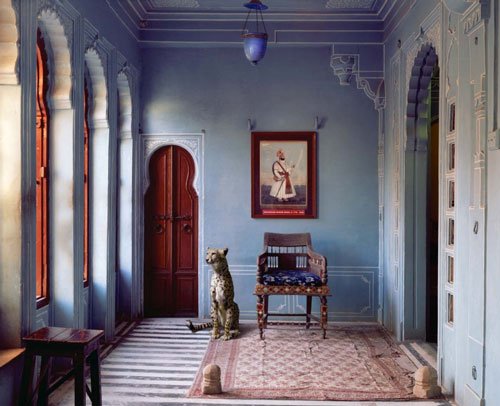 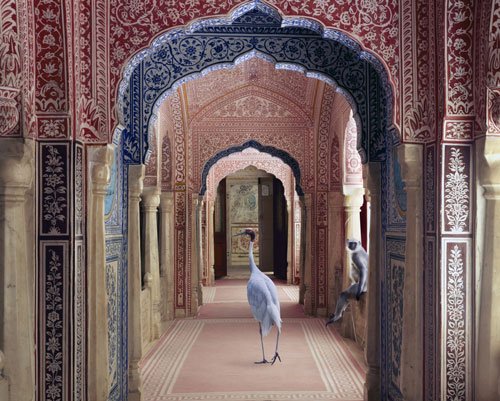 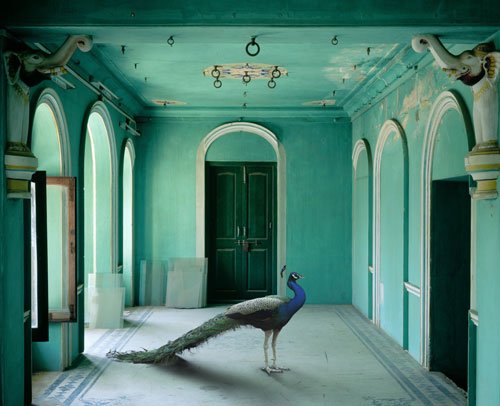 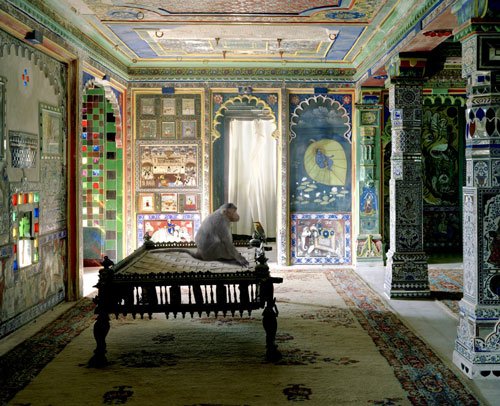 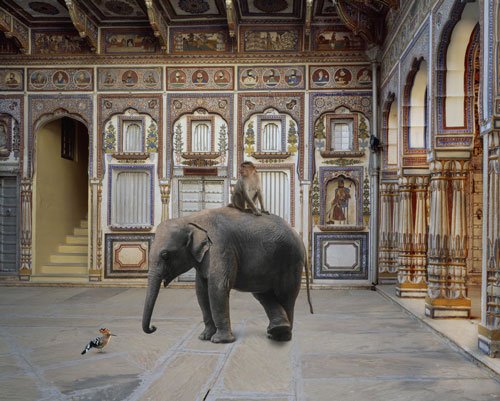 The Conqueror of the World, Podar Haveli, Nawalgarh 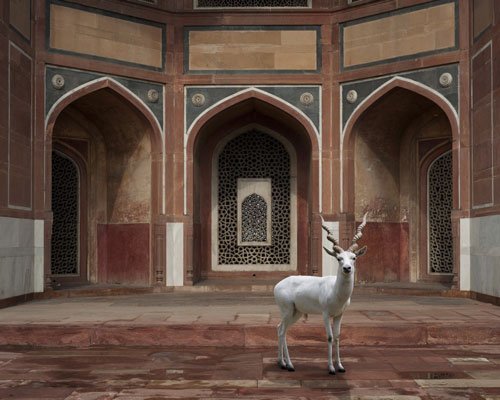 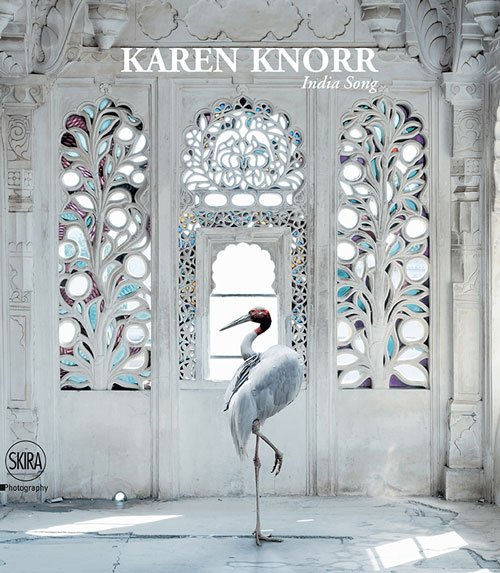 Knorr was born in Frankfurt au Main, Germany, and was raised in San Juan, Puerto Rico, in the 1960s, completing her education in Paris and London. She has taught, exhibited, and lectured internationally and is currently Professor of Photography at the University for the Creative Arts in Farnham, Surrey.

Karen Knorr’s India Song, with a preface by William Dalrymple, essay by Christopher Pinney, and interview by Rosa Maria Falvo, is published by Skira at £30, and available to buy from www.karenknorr.com

And you can see more of Karen Knorr’s work in Tate Britain’s BP Spotlight: Karen Knorr, which runs until 4 October 2015. This display brings together two series of her work: Belgravia 1979–81 and Gentlemen 1981–83, which form part of the Eric and Louise Franck London Collection. The series combine both image and text and explores patriarchal values in the upper middle classes and the  lifestyle of a privileged minority living in one of the most affluent parts of London.